“You should get out there, and go on hundreds of dates before you settle down.” Hundreds. My Mum has always been one for interesting advice.

Then I met a bunch of Kiwi girls living in London. They introduced me to The Quest. 12 dates. 12 months. Sounded more doable. My goal was to be single for the year, and go on lots of dates. It seemed like a good fit. Thus The Quest was born.

To define the rules of a date:

Must have a romantic intention

Only one date per person counts

I’m a diplomatic sort, so it seemed only fair to get in a broad range of nationalities. What could go wrong?

I ran into a rather handsome Kiwi I’d matched with on Tinder at Splore. I’m not a creep, I’m just very good with faces. Particularly good looking ones. There was some boozy bantering and we agreed to catch up back in Auckland. After many a drunken late night call from him (they were ignored) we were finally wining. All was going well, then he stopped me mid-sentence.
“I’ve just got to kiss you”

At the time I thought this was oh so romantic and swoonworthy. My friends had disagreed, saying it was a bit douche-like. Then he gave the great spiel about how he was going travelling next week, really busy, but he so wanted to see me, but was like only available late in the evenings. Unfortunately we had a slight agenda clash.

Flames burn where you put the kindling.

I’d been chatting to a cute English lad on Tinder, and so we finally decided to get a drink. He was a bit younger. He was really close to his mum he was telling me, when next thing she was calling. Caute. He winked at me as he walked away to briefly chat with her. Gosh, so sexy. Post the date the selfies and snapchats continued, as well as skateboarding videos. Did kids these days still skateboard? The man child was so my type. Last year.

He was tall, blonde, well-dressed, well-travelled. All was going swimmingly until he casually dropped into the conversation
“Sometimes I hook up with guys”
“I like to dress in drag occasionally. Sparkly leggings that sort of thing”
“Do you want to see some photos?”
I’d like to think of myself as open minded, but this little penny drop just threw me a little.
“My preference is girls, but you know, sometimes you just crave the thrill of a man”
Oh I do know.

I would’ve considered a second date, but I happened to be about to fly indefinitely to the other side of the world.

And finally I was on my way. One way tickets booked.

Oh the fun! I envisioned myself solo travelling, meeting all these gorgeous babes all over the world. For the record, New York City Tinder is full of babes and Swedes. Unfortunately the thing with Tinder it is a bit of a gamble. Which leads me to the succession of North American dates…

The first thing he did was give me a sticker that said DIET.
“It’s this cool social media thing I do. You stick it anywhere, then take a photo. Tag me in it.”
He showed me a photo of a girl wearing it on the front of her undies. Great idea.

He also gave me some profound advice. If you’re a pretty girl and can be funny, you’ll nail life. And social media. Note to self: work on being pretty.

THE LATVIAN (?) IN MONTREAL

He was so nervous his hands were shaking and he wouldn’t look me in the eye. After about 20 minutes of pottering about awkwardly and concluding there was in fact no table available, he decided he’d drop his dog home (yes he’d brought his dog) then we’d go to another bar. Did I like cocktails? He didn’t want me to know where he lived, so would I mind waiting here outside the packed bar for 10-15 minutes? I messaged a friend.
“Yes it’s fine for you to leave.”

I did the unthinkable, and messaged him saying sorry I had to go. He instantly unmatched me. I felt like an awful human being.

We talked film and travel. Two topics dear to my heart.
“I want your life” he said.
“Where will you be in the summer? I’ll come visit you.”
I non-committaly went along with this. Later I would regret it.

I moved to Amsterdam, home of the world’s tallest men. The land where men took styling their hair very seriously. It was all golden hues, flicks and waves. I was in man heaven. I’d envisioned myself going on dates with all these beautiful Calvin Klein model types. Then I got here and realised two things.

I met the Kiwi girls, who introduced me to The Quest on a yacht in Turkey. The Quest officially began. I made many new friends. I had a big birthday. I did a lot of travel. There were sadly no dates.

But, we were sailing through this tiny bay in Turkey when I was like, hey, I recognise this spot. I had camped at this precise location seven years ago. I’d met my first Euro crush. He was a beautiful philosophical type, sketching in his notebook while his beard and ponytail glistened in the Turkish sun. A friend and I joined him backpacking around Turkey, sleeping under castles, swimming with phosphorescence, hiking waterfalls. The two of us had fallen asleep holding hands under the stars at this exact location. So romantic.

Funnily enough that very first Euro crush now happened to be single. Coincidentally he also happened to be in Amsterdam for a conference. He messaged me, and we went for dinner. He’d lost the ponytail and sketch book, and despite gaining a French accent & phD I just wasn’t really feeling it. That’s the weird thing about feelings, is how fickle they can be. The guy who was the prototype for so many crushes to follow, ended up no longer evoking feelings of… well anything. It was like one of those Chick Flicks were the ending goes all wrong, and you realise this wasn’t a Chick Flick at all.

When a Norwegian viking serenades you with a guitar that is a good date. He’d play a song, and I’d have to guess it. Also men baking, definitely brownie points. I clearly gave a great impression of Kiwis, he’s currently living in New Zealand.

A KIWI IN LONDON

I never thought I’d say I was disappointed to go on a date with a Swede. My mum had been bugging me to go on a date with a Dutchie ever since I moved to Amsterdam. I thought I was finally getting my date, got there and realised he was in fact Swedish. Also he had a man bun. Isn’t that one of those things you should mention beforehand? However he did introduce me to what may be the best word known to mankind. Sonder. Google it.

So I (finally) got my Dutch date. I thought he’d been joking about being a hand model, but no he was in fact an actual hand model. He made me feel his hands. “See how soft they are?” Then he showed me lots of photos of his hands in photoshoots. I could agree, these were indeed very attractive looking hands. But things really livened up when he started singing Disney songs in the bar.
“I can show you the world…”
“Sing with me!”

My bike had been having a few issues as of late. It’s an Amsterdam thing. I’d been taking it to my new local bike shop, where the same guy had been attempting to fix it.
“How much do I owe you?” I asked.
“Nothing if you take me for a drink sometime”
Got to like the Dutch forwardness. I had wondered if he’d been flirting. He was cute. He was old Kesha’s dream type. Blonde ponytail, a splash of facial hair, lean, slightly androgynous. On the date I learnt he didn’t like fixing bikes (my bike is still having issues for the record). Then we got on the topic of juices. He’d never heard of a green juice. “I can’t even imagine what it would taste like.” Being such a green juice and smoothie fan I couldn’t fathom this. What sort of ponytailed, bearded hipster hadn’t heard of green juices? Had he been living under a pile of bikes?

I remembered my yearly goal. Catch flights, not feelings. Time to amp up the dates. Even though I’d already fulfilled The Quest I decided to do additional dates. Because I’m a dork, and ex over-achiever.

I can tell straight away if I have the potential to like someone. But my friend went on and on and on. Give him a second chance. He sounded nice. He was cute. I should get out there and date Dutch men. So I found myself sitting at grimy pool bar, with someone it turns out was 7 years my junior. All was going okay, until we got on the topic of snow. I was so excited it might potentially snow. Did he know what time of year it usually snowed? What was the general temperature for snow? What sort of conditions did there have to be… something to do with rain and the earth’s atmosphere if I remembered correctly? It wasn’t just that he didn’t know anything about snow. It was more that he had no desire to know anything about snow.

We had a nice date. I wasn’t overly swooned, but we chatted for hours about one of my favourite topics, travel. He was really nice and normal and grown up. I would’ve considered a second date. But he just kept messaging and messaging and messaging. Then I turned around at work one day and he was there. My heart sunk. He went in for the hug. I got the dreaded ick. I thought I was so unfriendly and cold, and yet he still messaged after. And Merry Christmas. And Happy New Years. And now he’s stopped.

And suddenly a new year is upon us. It’s already panning out to be a curious one. I made no such quests or even goals this year. I think I’ve given up on dating apps. I can think of far better ways to spend my time then on awkward blind dates in search of that elusive spark. The Quest served its purpose. I’ve gotten far more decisive in the nuances of dating. I’m more aware of the qualities I like in a man.

I’ve also learnt a few helpful facts along the way. My mum always said that Kiwi men weren’t charming, but ironically I found them to be the biggest smooth talkers of the lot. I learnt you can outgrow types, outgrow people, and who you like can sometimes surprise you. My two favourite words are still dubious and swoon. One day I’d like to think someone will trick me into not being dubious about swooning.

This all paints a portrait of a very cool, calm and collected Kesha. Sadly this is not the case. Dating and feelings is a realm I’m not sure I’ll ever master. I sit between too aloof, too honest, and often confused by the rules of the unspoken game everyone is playing. I think I would’ve made a good Dutch woman, I’d take frankness any day. My verdict on Dutchmen is still pending.

And so the tale of The Quest comes to an end. Although behind every good story, remember there’s always a tale or two untold.

* no men were harmed in this Quest 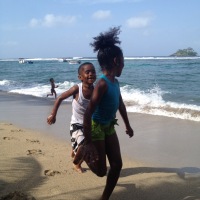 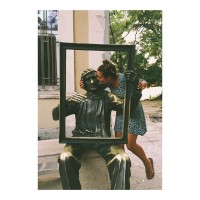 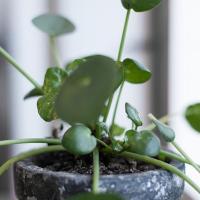 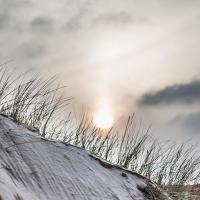